Adding to the already fantastic RAF support to Newcastle on the RAF’s centenary year is the Battle of Britain Memorial Flight who have been a regular in Newcastle since 2012. This has been confirmed with the release of the BBMF 2018 schedule.

Once again they will be sending the iconic trio of the Supermarine Spitfire, Hakwer Hurricane and the Avro Lancaster now known as ‘Leader’

The Royal Air Force Battle of Britain Memorial Flight (BBMF) operates from RAF Coningsby, a Typhoon and fighter base, in Lincolnshire.

The mission of the RAF BBMF is to maintain the priceless artefacts of our national heritage in airworthy condition in order to commemorate those who have fallen in the service of this country, to promote the modern day Air Force and to inspire the future generations.

It will be great to see the Iconic trio back in the skies of Newcastle. The Lancaster is a personal favourite of mine and I am sure also with many of you! 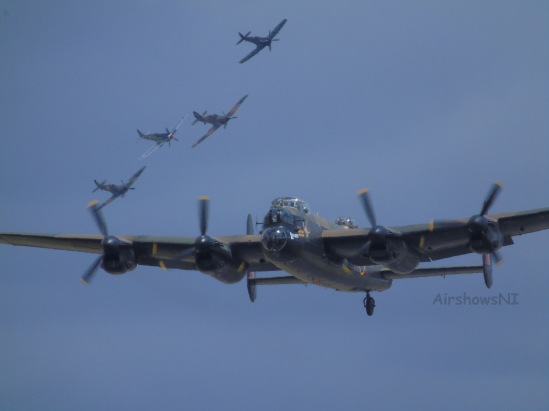